Where is the BREXIT NHS money going? To landowners of course!

The Chancellor, Philip Hammond, yesterday committed the UK government to providing subsidies for farmers worth £2.3 billion a year until 2020 and most of the press has hailed it as vital to the UK economy but is it? 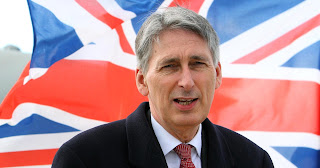 Phillip Hammond, the enemy of real British farmers - the friend of landowners

The first thing to understand is where does all these subsidies go, whether its direct payments to farmers or in manipulating global food prices. The net effect of these subsidies is that they are capitalised into higher agricultural land prices and higher rents.

"In many ways, nature conservation has become just another method of rent extraction by landowners who are trying to hide the fact that modern farmers’ fields are essentially deserts, devoid of wildlife, and the taxpayer must pay ‘rent’ if we want wild animals to occupy ‘their land’."  Peter Smith


Rent & high land values are unique in that it stifles our farming efficiency and robs the productive capacity of our farming industry, so for every pound in subsidy nearly all of it does not produce efficient farmers but gets siphoned of in higher rents for tenants and higher land values, virtually non of that helps farming.


Furthermore the high land values and high rents not only sap our ability to compete in the world marketplace but also represent the theft from the poor to the rich, from the young to the old. It distorts farming, robbing those that wish to make a living from the land and leaves land in the hands of a growing landlord class. This mirrors what has happened in our housing market creating an army of private renters destined to be poor the rest of their lives no matter how successful they are in their careers, just as it creates an army of tenant farmers destined to be poor no matter how much subsidy we throw at farmers.

This is easily demonstrated when looking to rent land. Agricultural land is offered for rent at two prices. One price where the subsidy is claimed by the landowner and another collected by the tenant. The difference is exactly what that subsidy is minus a tiny amount to cover the hassle  of doing the paperwork etc. and some smoothing issues.

“Agricultural subsidies tend to be capitalised into the purchase and the rental price of agricultural land. Because of higher incomes farmers are prepared to bid more to rent in or purchase extra land. But given that the overall supply of land is fixed, farmers will bid against each other up to the point where the entire increase in profitability is dissipated by the higher cost of land. Thus, it is landowners who are the main beneficiaries of farm support policies."
Alan Matthews, CapReform.EU, More on who benefits from farm subsidies, October 14 2007: http://capreform.eu/more-on-who-benefits-from-farm-subsidies/


So overall subsidies does not help real farming - just landowning and those involved in lending money to purchase land (banking).


So what does subsidy do to our land? Subsidies lower the margin at which it is profitable to farm land, therefore more poor quality land is now in agriculture, that means a lot less wildlife, and economically the land now farmed does not produce that much food. An example of this is our bête noire the humble sheep, these woolly maggots that strip our land bare causing global warming, floods to towns and catastrophic loss of wildlife are actually destroying more land than all our arable land put together, yet they only make up one half of one percent of all farming revenue.


Subsidies also have the effect of pushing up the value of land in marginal cases which means it is much more expensive to buy. This is a big problem for nature conservation charities like Wildwood Trust because it makes it more expensive to acquire land for nature and to promote the rewilding of land across Britain. In fact any subsidy, not just farming subsidies, such as tax breaks to landowners of which there are many kinds, acts as a barrier, preventing the establishment of nature reserves or the rewilding of natural area. In my 20 years as a conservationists the cost of land for nature reserves has risen about 23 times or an inflation rate of 2300%  over that time.

"Landlords grow rich in their sleep without working, risking or economizing. The increase in the value of land, arising as it does from the efforts of an entire community, should belong to the community and not to the individual who might hold title."


"The widow is gathering nettles for her children's dinner;'a perfumed Seigneur, delicately lounging in the Oeil de Boeuf hath an alchemy whereby he will extract from her every third nettle—and call it rent. "

"Now what had the landowner done for the community; what enterprise had he shown; what service had he rendered; what capital had he risked in order that he should gain this enormous multiplication of the value of his property! I will tell you in one word what he had done. Can you guess it! Nothing."


This inflation rate would shame any banana republic, but it is a direct result of the hard work of charities, generosity of donors and government grants yet it is utterly wasted by rewarding landowners for doing nothing but own land.

Because land is so expensive we cannot buy it, just as young people cannot afford to buy a home today. This means nature conservation has had to become renters just like most of the country's would be home buyers. In many ways nature conservation has become just another method of rent extraction by landowners who are trying to hide the fact that modern farmers’ fields are essentially deserts, devoid of wildlife, and the taxpayer must pay ‘rent’ if we want wild animals to occupy ‘their land’. So just as we have silly schemes like funding for lending to banks and 'help to buy' or a outrageous housing benefit system, so taxpayers and charities are now paying off landowners to protect the bit of nature on thier land. That is a yearly payment that is cruelly counterproductive, making the vision of a Rewilded Britain an unobtainable dream, just as an affordable home is a lost dream for so many young couples today.

Subsidies and associated tax breaks are the biggest obstacle to recreating wild habitats in Britain and it is very sad that the government has promised the lion’s share of yesterday's post BREXIT cash to ensure landowners don’t lose out in the future and that nature will suffer and remember that every subsidy, every hand-out, every tax break received by land represents not just a nail in the coffin of British wildlife, but also theft from those that have paid the money through taxation and also what that money could have been spent on such as the promise to fund the NHS. Many credit the NHS promise by the leave campaign as the key issue that swayed  voters into pulling us out of the European Union.

Subsidies are just one part of the equation and if we are to create an agricultural system that rewards the hard work of 'real' farmers, uses the land efficiently and leaves a space for nature for future generations then the only policy we can follow is to institute a land value tax for all land in the UK. On top of this we need a taxation system based on the environmental damage that fertilisers pesticides and other land uses create.

If we are to have a subsidy system then that subsidy system must be based on rewarding those that truly work the land, those with the knowledge and skill that can direct what we do and to create an economic topology which favours the most efficient of land management practices. Only then can Britain farm to a world-class standard, create the jobs our countryside so desperately needs and leave a living wildlife legacy to future generations.

If we do not ween ourselves off subsidies then our landowners and bankers can only get ever richer, while real jobs are lost, wages are driven down and our environment is destroyed. 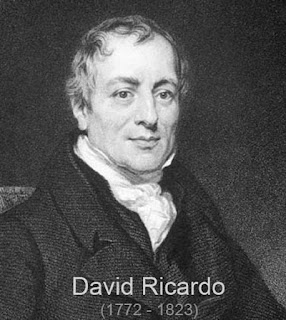 Much of the economic concepts above where first described by the great economist David Ricardo - in his Ricardo's law of rent. This basic and irrefutable law must be at the heart of all government policy making and later this month I will be submitting my suggestions based on this to the Governments consultation on Future Environmental Policy after BREXIT.

To Understand Ricardo's Law then I suggest you read  Ricardo's Law: House Prices and the Great Tax Clawback Scam by Fred Harrison: Available on Amazon: https://www.amazon.co.uk/Ricardos-Law-House-Prices-Clawback/dp/0856832413

And watch this video: