I recently contributed to a Government Consultation on Biodiversity Offsetting.

This scheme aims to replace complex wildlife protection legislation with a scheme to allow developers to destroy wildlife on their development and paying for that 'biodiversity' to be created elseware. On the surface this is actually a good idea and could enhance the overall biodiversity of the UK.

BUT! This is not what will happen, it is in fact just a massive scam (just like the Carbon Offsetting Scheme) to funnel ever more profits into the pockets of landowners and bankers. As you un-peel the onion of the economics of wildlife destruction we can get to the root problem. That destroying wildlife is very profitable as the profits go mostly untaxed into the hands of the lucky few who get permission to destroy Biodiversity & own the land. If we just taxed wildlife/land destruction (shifting the taxes off  income tax and VAT so it would have no negative impact on the economy) we could square this circle and have better use of land, more economic activity and more wildlife! The best way to achieve this is by the tax shift to 'Land Value Tax' and specific taxes on the destruction of priority habitats and wildlife (economist call like to call these taxes on externalities or Pigovian Taxes )

Of course the landowners and bankers would loose their huge profits and be worse off, so we know why mainstream politicians avoid this solution. The loss of monopoly rental income would remove so much of the corruption inherent in our political and economic system, but that system will kick and scream like a spoilt child if we ever manage to achieve it. 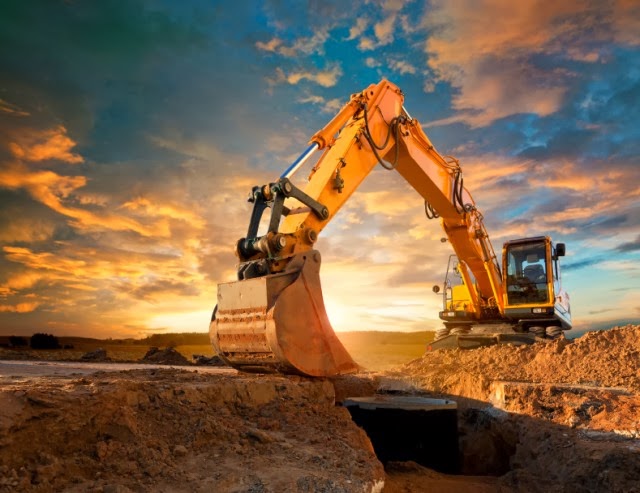 In theory Biodiversity Offsetting (BO) is far better than the system than we have at present and one I wholly support. But, and it’s a big but, who judges the quality of offsetting?

If it were to work it must have these characteristics:


Myself & the wider Conservation Community  have justified fears that BO will just be manipulated to create more money for banks, landowners and the other monopolists who own land and are looking for private rental income of the ownership of natural assets through gaining planning permissions. Government policy of the last 30 years while on the surface looking reasonable, by sleight of hand, seams determined on increasing the rental value and capital value of land. The fear is that BO will be no different and will end up with complicated lease & brokerage arrangements that only benefit landowners and the financial services industry in complicated BO ‘banking’ arrangements and see little or no improvement to the quality of wildlife habitat in the UK. Similar carbon offsetting arrangements have lost all credibility due to fraud and abuse on a massive scale.

The real solution would be the tax shift to Land Value Tax, with externality taxes, as a yearly charge on top of an Annual Land Value assessment for loss of protected species, and create a general fund whereby these Land Rents go to the fund which is used only to purchase land (at base agricultural rates & on land which has little biodiversity value) which will have an inaliable right in perpetually and be designed to strategically create a large network of wildlife  corridors linking large nature reserve complexes. This would have little economic impact as this land will be marginal land of little value to farming or developers.

If we analyse the development problem 'Dialectically' between the two major economic counterparties that have force on the political debate we better see these forces at play.

Forces Against Development on New Sites:

By stopping development that harms nature we increase the value of existing developed land as we have expanded use for it. Those who own existing developed land wish to stop development (the Nimby Syndrome) as this increases the capital and rental value of their land.  This has a direct economic impact on the country reducing productivity and the quality of life of citizens but at the same time protecting some wildlife rich land.

Forces For Development on New Sites

In general those with undeveloped land wish to see it developed as the windfall profits of such planning permissions are huge.

Those without land want more land developed as this reduces the overall price of getting access to land for their housing and employment.

Wildlife is destroyed as new developments are often very inefficient in land use and there is no pressure to better use existing brown filed sites and underdeveloped sites.

The solution to this conundrum is the Land Value Tax. Existing landowners will pay an annual charge based on the monopoly or unimproved 'rental' value of their land, so if more land is developed they pay less tax and if less land is developed they pay more tax thus taking away the advantage and disadvantage and neutralising the vested interest they have. As 'nimbyism' works on the local scale this forces development to new areas, such are the problems of green belt land creating environmentally damaging commuter dormitory towns and built up areas very inefficiently utilised such as in London.

Under Land Value Tax landowners of underdeveloped land will not benefit from the granting of planning permission as that increased rental value will be extracted in tax. Developers can still turn a modest profit from construction but as no huge windfall gains are to be made there will be no incentive for large lobbying efforts to gain planning permission.

Overall the effect of a land value tax will be to concentrate development of existing land and make better use of it, Such as in London improvement in the efficiency of the use of land could take away all the pressure for dormitory towns and development in the South East, leaving more for nature.

The overall effect of Land Value Tax will mean Instead of massive windfall gains falling into the hands of those who own natural assets like land if they manage to get planning permission, now there will be a cost to the yearly use of such natural assets and thus much wiser use of it.

Land Value Tax also benefits industry as a whole as it will promote development of land to its ‘best  use’ creating more efficient towns and transport infrastructure and allow other taxes such as VAT and income tax to be reduced, so stimulating job creation and higher incomes.

We have a simple choice with land value tax, to adopt this economic system will make most of us wealthier, with more jobs and a better environment, not adopting it will mean that there are huge profits to be made from the destruction of our Biodiversity and on top of that ever more of the nations wealth disappearing into the hands (most often offshore secret bank accounts) of an elite group of landowners and bankers from the pockets of the rest of us.
at December 03, 2013 No comments: