Zen and the Art of Land Value Tax

Or why the green movement has trouble accepting the one policy that will guarantee their objectives.

Land Value Tax (LVT) in its full theory is very complicated and to understand it properly requires a lot of thought and to mechanistically work out how it is fundamental to the protection of nature & natural assets.

I myself have been attacked at conferences by well-meaning greens who’s hostility and almost zeal at condemning LVT leaves me depressed and confused as to their thinking. Why such people should have such anger, denial and almost willful need not to educate themselves of the economics of environmental destruction needs further investigation.  My best answer for this came from the similarities to the title theme of Robert M. Pirsig's bestselling book ‘Zen and the Art of Motorcycle Maintenance’ exploring the ‘Metaphysics of Quality’. 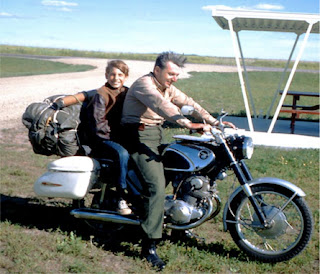 Even though LVT is official Green Party Policy, explaining LVT to the leaders of the green movement can be arduous and their efforts to promote it both within and without the green party can seem lacklustre and unconvincing.

I am a huge fan of our one Green MP Caroline Lucas who bravely put forward a private members bill on LVT this year. Caroline has presented the bill in the media, on shows such as Radio 4's Today Programme, so well done. But I can tell from her tone in interviews that she does not truly see why LVT is the one policy that will achieve all of the Green Party’s aims and does not have the ability to communicate it. (then again who does….)

For those that need to investigate LVT the basic idea is that any ‘tax’ taken from a natural monopoly is good for the economy as it is taken from ‘the unearned income of monopoly’ and not from the productive economy, so more jobs and a healthier economy. The Land Value tax shifts the economic topography to make natural resource efficiency a certainty. It costs more, so all the decisions made by everybody will naturally tend to the more efficient use of the natural resources that are subject to tax such as land, oil, carbon and minerals etc. LVT is also the most redistributive of taxes and will vastly reduce income inequality. So with LVT we can have our cake and eat it. A world that will eliminate poverty, use natural resources as efficiently as possible, create more areas for wildlife and make our overall economy better, what’s not to like! Or more precisely why do so many people not understand.

While pondering why people in the ‘green’ movement have trouble understanding just why LVT is so important, often becoming hostile. My own thinking on this is because LVT, as a policy, is a mechanistic approach to environmental protection, it is logical and is formed from a deep understanding of economic processes. Some people fear mechanistic approaches and look to cultural and emotional solutions.

I now refer to this as the ‘Zen and the art of Motorcycle Maintenance’ problem. In so much that one of the central messages of  the book; that a motorcycle rider did not want to maintain his bike because he blamed science and scientific approaches as responsible for hurting humanity, war famine, environmental destruction and so distrusted any mechanistic approach to life. This caused him to fear maintaining his bike properly and it would regularly break down causing a vicious cycle of distrust in mechanical things. The protagonist used this example to look at the relationship between peoples thinking and how that affects their ability to cope with real day to day problems and how to get them to adopt simple mechanistic approaches that aided their everyday lives. Such is Zen

In my critique of those in the Green Movement that are hostile to LVT they are like the protagonist’s friend ‘John Sutherland’ who refuses to maintain his motorcycle. These people are often the personality types that are interested mostly in gestalts; the romantic viewpoints, focused on being culturally and emotionally ‘green’ and not on rational analysis.

Myself and my Fellow LVT supporting greens are like the protagonist and those who seek to comprehend the details and inner workings, and master the mechanics of either motorcycles or the economics of environmental destruction and world poverty.

To the Green sceptics of LVT – please read Prisig’s book and replace the motorcycle with the science of economics. An understanding of economics is not ‘ugly’ or ‘dehumanising’. You must open your mind so it is capable of seeing the beauty of technology & economics. Economic science, just like motorcycle maintenance, may be seen as dull and involve tedious mental drudgery or it could be the most enjoyable, enlightening and rewarding pursuit in trying to protect our planet and those that live upon it; it all depends on attitude.

Prisig did not discuss economics and he himself was not that aware of it, but to those of us who ponder the issues of creating a ‘green economy’ we can look at a wealth of books that have looked into this. Any book by economist Henry George or Fred Harrison will be a good starting point for understanding the concepts behind Land Value Tax and will form the mechanistic understanding that allows then to understand Green economics. Trying to understand Green economics without such underpinning concepts is going to be frustrating and unrewarding.