Will Father Christmas Kill the Planet

I have just been ordering xmas presents for my son - the Chinese built radio controlled helicopter will make him very happy, but at what cost to the planet? 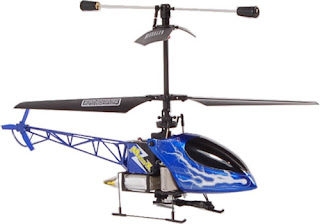 Christmas has become a obscene feast of needles consumption typifying the terrifying and unsustainable increase in the natural resource use. But how can we stop it? How can I and the rest of humanity make a decision to value something sustainable, instead of the radio controlled nightmare of unsustainable resources that is my son's present this year?

Equality and security of future income is key to reducing population and natural resource use. This was beautifully explained in the observations of the great political economist Henry George in 1870, who recognised this problem and its solution. Through observation he recorded that the 'Malthusian doctrine' http://en.wikipedia.org/wiki/Thomas_Robert_Malthus  had some fundamental flaws and was often used by the rich to justify the status quo of poverty, as if nothing could be done about it. His empirical and non-empirical research and the work of economists since then have shown the huge flaws in taking a simplistic view to the work of Malthus.

Poverty will not always be with us and we can change the problems of the world very simply. We can reduce population growth to zero and even reverse it, we can use less resources per head and we can give everyone on the planet a better standard of living through innovation and efficiency and we can conserve its biological diversity.

I worked until the small hours last night turning a friends slide show, explaining some of the issues above into the video below: