Our former secretary of state for environment, food and rural affairs has been making his true views know now that he has been sacked & is smarting from the negativity he received for his policies

Owen Paterson: I’m proud of standing up to the green lobby

“…I leave the post with great misgivings about the power and irresponsibility of – to coin a phrase – the Green Blob. 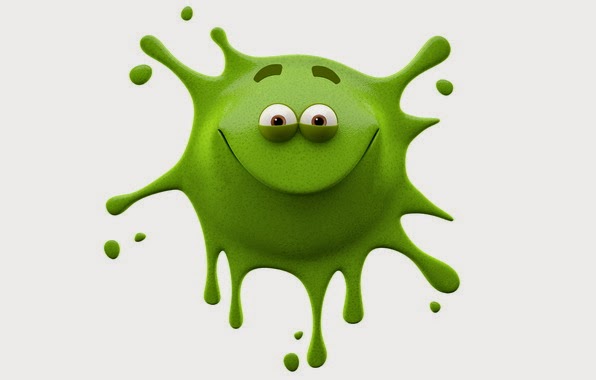 By this I mean the mutually supportive network of environmental pressure groups, renewable energy companies and some public officials who keep each other well supplied with lavish funds, scare stories and green tape. This tangled triangle of unelected busybodies claims to have the interests of the planet and the countryside at heart, but it is increasingly clear that it is focusing on the wrong issues and doing real harm while profiting handsomely.”
“Yes, I’ve annoyed these people, but they don’t represent the real countryside of farmers and workers, of birds and butterflies.

Like the nationalised industries and obstructive trade unions of the 1970s, the Green Blob has become a powerful self-serving caucus; it is the job of the elected politician to stand up to them. We must have the courage to tackle it head on, as Tony Abbott in Australia and Stephen Harper in Canada have done, or the economy and the environment will both continue to suffer.”


In some respects I agree with Paterson on the issue of undue influence by self-serving cabals who have aligned vested interests supporting certain ‘green’ policies that benefit themselves. In the Green movement there are a lot of individuals on the gravy train of government/lobbyists/industrial groups proposing policies that will not benefit the environment that much, just themselves. Such alliances of course work in all aspects of public and private life and at all levels whether a group of shop keepers getting subsidies from councillors or the ‘great green’ conspiracies of Biofuels and carbon caps and trading.

I am very worried about the idea of 'ecosystem services'; pricing natural resources to be used by monopolists as a way of robbing the poor and doing little for the environment. The idea is that society pays landowners and polluters not to destroy the land or pollute our environment as a rent every year. Unfortunately there are many in the green movement who have succumbed to this appalling thinking, instead of just making it harder and more expensive to destroy nature which is what they should be campaigning for.

But by far the biggest and longest serving such cabal are the landowners who Mr Patterson represents and seams ironically unaware that all his actions seam to allow landowners to receive the unearned rents of land unfettered by any damaging activities that create that rental value on that land or cause other detrimental effects in the form of wildlife destruction, pollution and economic hardship to the poor in this country and farmers and the poor across the world.

The farming industry (read big landowners) continually lobby more effectively than any other part of society, getting away with causing the largest amount of damage to the environment and getting the greatest slice of government subsidies.

If we track back through the landowning cabal we see that all the spurious justifications of maintaining high land prices and high rents that form the unearned income, the biggest free lunch on the planet, go to a tiny proportion of landowners who receive this money free and do not pay for the damage done while generating their huge ill-gotten gains. This applies to all who own land, natural resources or the right to pollute.

It is a massive confiscation, a huge Robin Hood in reverse of robbing the poor (and our future generations) to give to the rich.

To solve the problem of cabals inadvertently lobbying government we must improve our political system making democracy – just that – one person one vote and have representation that is truly democratic, and to have liberties and responsibilities properly defined within that democracy.

Our present ‘democracy’ allows such vested interests to capitalise on cosy relationships. So what Patterson is really saying is ‘I do not want one group of lobbying monopolists affecting my group’s pre-eminence in lobbying, monopolising and subverting the economic and legal system that at presently benefits me and my kind’.

As ever the solution is Land Value Tax, externality and pigovian taxation as simply and directly as possible.
at July 21, 2014